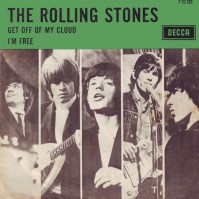 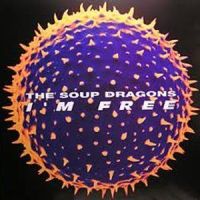 Lets be honest, this one is here because of The Soup Dragons cover, not because of The Rolling Stones original. That’s not to say that I have any kind of aversion to the sixties original, its just that it had never entered my consciousness before the Madchester-inspired cover.

“I’m Free” is a relatively early Jagger/Richard composition from 1965 that first appeared as the closing track on the band’s Out Of Our Heads album, and the b-side of Get Off My Cloud. Ranked number 78 in Rolling Stone magazines top 100 Rolling Stones songs, I’m Free shuffles along with echoes of The Byrds jangley folk-rock sound.

In a similar way, The Soup Dragons 1990 cover was inspired by a popular rock sound of the day, this time the Madchester/Baggy rock/dance hybrid sound that was everywhere at the time through the music of The Stone Roses, The Charlatans, and others. This version definitely grooves more than the original version, fleshes out with liberal doses of wah-wah, takes a few liberties with the lyrics and throws in a rap courtesy of  Jamaican reggae and dancehall star Junior Reid – whether that adds or subtracts from the record depends on your preference for that sort of thing. The song gave the band their only sizeable hit, one that has become a staple of compilation albums of that period. 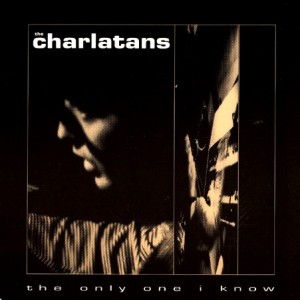 The house / rave / dance music scene that emerged in the late 1980s passed me by, I’m afraid. I’m guessing that it all made much more sense in a throbbing night club, probably enhanced by various substances, but it wasn’t for me.

Some of the more mainstream crossover tracks I did like (808 States’s Pacific State I love, and I was quite partial to The Beloved), but as much as I like a groove I do also like a good tune, and that wasn’t really what the dance culture was all about. However, what did float by boat much more was the so-called Madchester scene – effectively an alternative rock sound merged with the culture of rave, creating a brace of classic indie-dance tracks. Artists such as Happy Mondays, The Stone Roses, Inspiral Carpets and James all had a life before Madchester, but gradually came to represent the so-called “baggy” scene, even if that was a media and record-company hyped one.

Whilst getting lumped under the Madchester label, The Charlatans actually hailed from Birmingham. The Only One I Know was only the band’s second single, but at the height of the baggy phenomenon gave them a top 10 success, something they were unable to repeat until the height of Britpop in the mid-90s. Underpinned by the classic funky shuffling beat, propelled by an insistent bass riff, wah-wah guitars and overlaid with that distinctive organ sound, this song is a classic of its time – of any time – guaranteed to fill the floor at the Indie disco.

So baggy on the ukuele? Well why not (SUJ are currently working on Primal Scream’s Moving On Up, another classic of the time, and I think it will work). This is a song that definitely needs you to get into that groove – it’s all about the rhythm – and that’s best done by playing along to the original (above) – the song sheet is in the same key. Other than that there’s not a lot to say. Just enjoy! 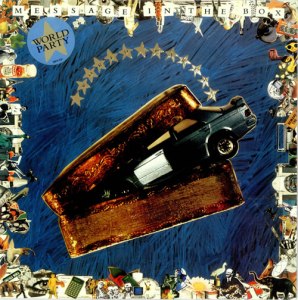 In the mid-1980s The Waterboys did a classic swerve away from a trajectory that was taking them towards full-on 80s stadium rock and into the fertile avenues of Irish folk, ultimately resulting, after many, many studio sessions, in the classic album that is Fisherman’s Blues.

Nestled in the middle of the first (“Dublin”) side of that record was a song called World Party, a co-write between the band’s leader Mike Scott, and Trevor Hutchinson and Karl Wallinger. Wallinger had joined The Waterboys a couple of albums earlier, initially as a keyboard player, but increasingly contributing his wide range of instrumental skills. However by the end of the This Is The Sea (Fisherman’s Blues predecessor) tour, Wallinger had decided he wanted to spread his wings, and left the band. World Party (the song) had already been written, but hadn’t made it onto This Is The Sea, and so by the time the band came to record the song Wallinger was no more a part of the band.

However that song obviously had a resonance for Wallinger, as it soon became the name of his new project, the band World Party. Making its public appearance a couple of years before Fisherman’s Blues finally emerged, World Party were a stew of influence – rock, folk, funk, soul – that Wallinger ushered into a cohesive and distinctive sound that – to my ears – owned more than a little to what Prince was doing at the time. By the time of the bands second album, Goodbye Jumbo, they were hitting their stride, an underrated classic that contained a smorgasbord of styles yet still felt of a piece. Message In The Box was the “hit” single from the album, hit as in scraping to #39 in the UK singles chart, but deserving of far more.

So here’s the song sheet. I’d been thinking of doing this one for while, but for whatever reason took a while to get around to it. Nothing too tricky – one unusual chord (the C6) but nothing too taxing. I’ve also transcribed / approximated the guitar solos at the beginning, after the chorus and at the end – I think they’re fairly close to the original, although maybe not perfect. Enjoy! 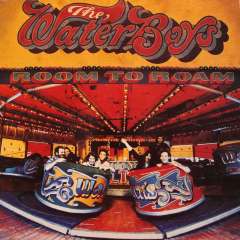 I hopped on the Waterboys train in the mid-80s, entranced by “The Big Music” © of This Is The Sea. Coming from my own personal affiliation with the celtic rock sounds of the time (U2, Simple Minds, Big Country, et al) it seemed a logical step to hook up with them. The big (huge!) guitar sound, the spiritual undertow, what was not to like?

Well Mike Scott (leader of the band) was obviously finding that sound and the expectations that were going with the success all a bit much, and threw a huge curveball by relocating to Dublin just at the point when the band were about to embrace stadium rock-ness, throwing himself into the sounds of traditional Irish music, folk, country, blues. The eventual official record of that time was the wonderful “Fisherman’s Blues” album, although that was very much a tip-of-the-iceberg syndrome – two subsequent albums of additional recordings from that time have already been released (Too Close To Heaven, and a bonus disc with the remastered original album), and this autumn sees a mammoth 7-CD, 121 track box set and a tour of the album. Excited? You bet!

“Room To Roam“, the follow-up to “Fisherman’s Blues”, saw the band throwing themselves further and deeper into the Ireland, even to the extent of relocating to the Spiddal on the west coast (where the second side of Fisherman’s Blues was recorded, and immortalised on its cover), and it is from that album that this song is taken.

As an aside, and showing that a good song is a good song regardless of who is singing it, Ellie Goulding has recently released a version of the song to feature in the new Richard Curtis film “About Time“. It’s a really nice version, see what you think?

There’s nothing complicated about How Long Will I Love You?, either lyrically or musically. And it is certainly that straightforwardness that makes it all the more effective. Seven short verses, each prefaced withe the “How Long Will I Love You?” question, each responded to with an unambiguous declaration of undying love, many comparing that love to enduring nature and the elements. The Room To Road recording is a full-on band take, a real folk-rock hybrid. But this song – for me, at least – really works in a stripped down form.

The chords (see link below) are very straightforward (there’s only four of them!). The one thing the chord sheet doesn’t show is that there is a little two-beat bar after each chorus – listen to the recording and you’ll see what I mean. Also note that the chords are a tone lower than the recording, on account of it being easier for me to sing. The recording is in G, so if you want to play along to the recording then rather than Bb, C, F and Gm, the chords are C, D, G and Am respectively. Enjoy!