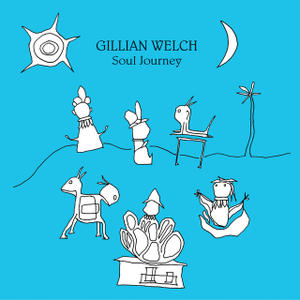 Looking back it’s been over 18 months since I posted a Gillian Welch song on here. So it seemed time to rectify that.

So this morning this little ditty popped up whilst the iPod was playing on shuffle. And I thought, “that’s nice” and “that would work on the ukulele”. So this evening I gave it a try. And I was right – it does work.

This is the third song from 2003’s Soul Journey album that I’ve posted on here (see also Look At Miss Ohio and No One Knows My Name). Which is odd, because as I said previously that album is probably my least favourite of her albums (which doesn’t mean it’s bad, it just means that Gillian sets the bar *so* high). But in contrast to the fuller band sound of a number of the tracks, One Little Song is stripped back to the very basics – just haunting vocals and picked guitar. It is a brief but not inconsequential tune that is seemingly born of a struggle to write a new tune (Welch sets herself high standards, and has commented that songwriting can be a struggle, something that contributed to the 8 year gap between Soul Journey and it’s follow-up, The Harrow and the Harvest).

And here’s the songsheet. Nothing too complicated as far as the chords are concerned, although there are a number of barre chords in there. I’ve added in an Asus4 for the intro, and you can throw a few of those into the first couple of lines of the verses if you wish, to give it a bit more colour. Oh, and this is definitely one to try picking if you can – its not really a strummer. Enjoy!